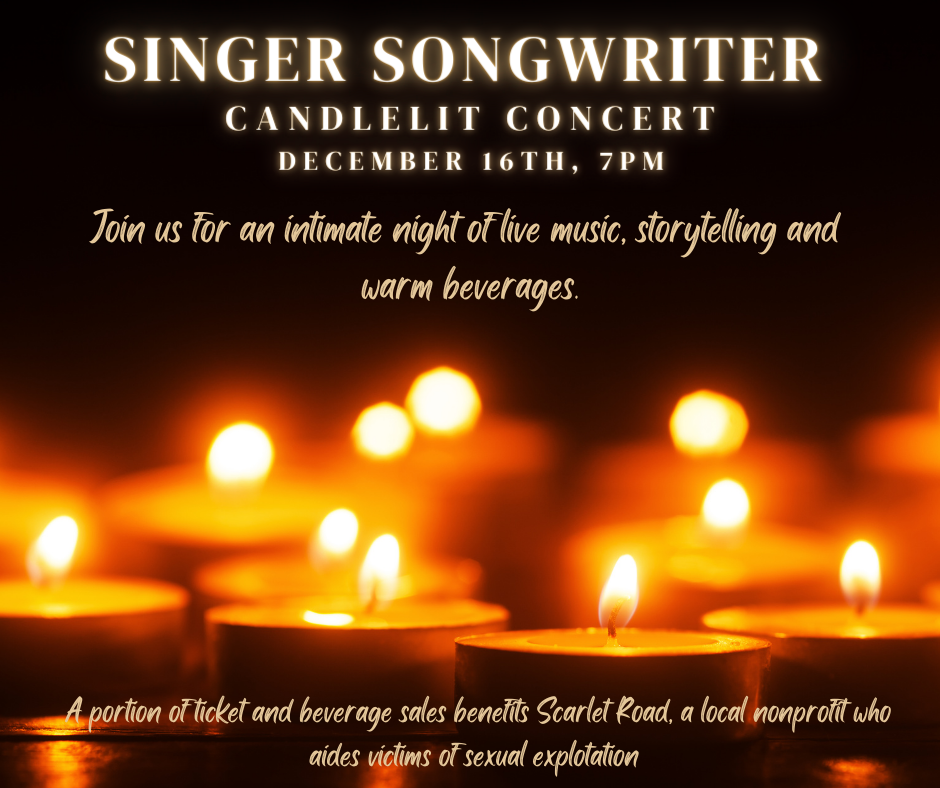 Join us for a very special, very intimate night of live music. Two singer songwriters will regal you with music, stories and entertainment. $10 of each ticket will be donated to Scarlet Road – a local nonprofit that helps victims of sexual exploitation by providing them safe shelter, meeting their basic needs working toward a future path. Ticket price includes a beer, cider, or mulled wine. Cocoa and cookies will be provided!

A little about our artists:

A Singer/songwriter Kristen Marlo, began singing before she could talk, and hasn’t stopped since. She is a classically trained vocalist and self-taught guitarist, but also an accomplished composer and lyricist. She is a United States Air Force veteran. Inspiration for her prolific songwriting comes from passion for new experiences; her work covers the full range of human emotion, from love and lust to rage and revenge.

Over last decade she has been touring the US extensively in support of two independently released EPs, a live LP and a full band in studio LP. Her broad appeal is reflected in the eclectic list of internationally known American artists she’s opened for, including Sara Bareilles, Joshua Radin, Matt Hires, Eric Hutchinson, Allen Stone, April Smith, Fanfarlo, The Bravery, OAR, Gary Jules, folk singer Todd Snider, country artist Eric Church and others. Likewise, her music is featured on a score of compilations and her backing vocals can be found on dozens of other artists’ releases.

+ There are no comments